When our group convened several weeks ago for our final discussion of 2019, our reading was Friedrich Nietzsche's "On the Advantage and Disadvantage of History for Life"*  In a post last month I mentioned Nietzsche's categorization of three kinds of history.  Also embedded in the piece is another Nietzschean triad, that of the historical, unhistorical and superhistorical man.

The historical man has a passion for the past and its usefulness for the present.  This attitude, however, has its downside.  Nietzsche writes, "There is a degree of insomnia, of rumination of historical sense that injures every living thing and finally destroys it, be it a man, a people, or a culture."  Conversely the unhistorical man does not have this sensibility. He lives in the present, almost as an animal does.  Nietzsche's superhistorical man understands how accidental the unfolding of events can be.  Further to his point about the superhistorical, he writes, "Whoever asks his acquaintances whether they would want to relive the last ten or twenty years will notice quite readily which of them is prepared for the superhistorical standpoint: they will of course, all answer, No!, but they will give different reasons for this No!" In the final analysis, Nietzsche says we should leave superhistorical men to their "nausea and their wisdom."

Nietzsche invites us to consider the proposition, "The unhistorical and the historical are equally necessary for the health of an individual, a people, and a culture."  Is this the final takeaway of the piece, in light of his opening quotation from Goethe: "..I hate everything that merely instructs me without increasing or directly quickening my activity"?  Poised as we are on the verge of a new year and, depending on your method of reckoning time, a new decade, the time is ripe to consider what for me is Nietzsche's fundamental lesson here:  Sometimes it is better to remember, and sometimes it is better to forget.

In the Janus-faced spirit of the season I would like also look to back to October, when we took up one of Mark Twain's masterpieces, his short story "The Man That Corrupted Hadleyburg," about a mysterious stranger who puts the reputation of the "honest and upright" town of Hadleyburg to a test.

Nietzsche and Twain were contemporaries!  A pair of late nineteenth-century geniuses, but in very different ways.

Nietzsche: On the Advantage and Disadvantage of History for Life

This month our selection is Nietzsche's "On the Advantage and Disadvantage of History for Life."  The piece is early Nietzsche and forms part of his Untimely Meditations.  Nietzsche puts History in three categories, which he calls monumental, antiquarian, and critical. These categories will serve as a springboard to our discussion.  Some have critiqued the essay on the basis of a lack of examples.  Gentle readers, on Monday I will ask if we can address this shortcoming.
Posted by Tom at 5:41 PM

The "Unknown Presence" in Eliot's "The Lifted Veil"

We finished our discussion on September 23rd of George Eliot's story "The Lifted Veil" with Latimer's invocation at the end of his life of "the one Unknown Presence, revealed and yet hidden by the moving curtain of the earth and sky" (page 190 of the Great Conversations 6 anthology).

In going back over the story, I found numerous instances of the word "unknown," highlighted below in boldface. On page 178, Eliot writes of Latimer's wife Bertha, who had been betrothed to Latimer's brother Alfred before his death:   "Bertha the slim, fair-haired girl, whose present thoughts and emotions were an enigma to me amidst the fatiguing obviousness of the other minds around me, was as absorbing to me as a single unknown today--as a single hypothetic proposition to remain problematic till sunset; and all the cramped, hemmed-in belief, trust, and distrust, of my nature, welled out in this one narrow channel."

On page 181 Latimer says "Before marriage she had completely mastered my imagination, for she was a secret to me; and I created the unknown thought before which I trembled as if it were hers."

On the next page, the clairvoyant Latimer, in the midst of a miserable marriage, says that Bertha wished he would commit suicide, "but suicide was not in my nature."  He continues, "I was too completely swayed by the sense that I was in the grasp of unknown forces, to believe in my power of self-release."

By page 184, Latimer has withdrawn almost completely from society, and "the more frequent and vivid became such visions as that I had had of Prague -- of strange cities, of sandy plains, of gigantic ruins, of midnight skies with strange bright constellations, of mountain passes, of grassy nooks flecked with the afternoon sunshine through the boughs; I was in the midst of such scenes, and in all of them one presence seemed to weigh on me in all these mighty shapes -- the presence of something unknown and pitiless."

We may rightly ask how this "unknown presence" drives the plot of the story and Latimer the character.  I would answer that it represents the one thing Latimer with all his powers of reading people's minds and seeing into the future cannot grasp or comprehend.  It's unknowable and ineffable, and it is embodied for Latimer in the enigmatic woman Bertha, who, as revealed by Mrs. Archer, had intended to kill him.
Posted by Tom at 10:17 PM

"The Lifted Veil," by George Eliot


"On that evening the veil which had shrouded Bertha's soul from me -- had made me find in her alone among my fellow beings the blessed possibility of mystery, and doubt, and expectation -- was first withdrawn. Perhaps it was the first day since the beginning of my passion for her, in which that passion was completely neutralised by the presence of an absorbing feeling of another kind."

A big thank you to everyone who came to the library, including some new faces, on Monday night for a lively discussion of Sir Joshua Reynolds's "Discourse #7."  Several in the group took issue with Reynolds's belief that art should be beautiful and lofty.  Reynolds, a leading 18th-century British portrait painter, argues that although "All arts have means within them of applying themselves with success to the intellectual and sensitive parts of our natures," we ought to give preference to "him who represents the heroic arts and more dignified passions of man."

A superior work of art according to Reynolds is one that excites "ideas of grandeur, or raises and dignifies humanity, or in the words of a late poet [Oliver Goldsmith], makes the beholder learn to venerate himself as man."

Participants brought up that a more modern aesthetic holds, for example, Picasso's Guernica as a masterpiece, even though it lays bare human violence and tragedy.

Elias Waterhouse writes in his monograph on Reynolds (Reynolds, London: Phaidon, 1973) that Sir Joshua wanted his writings to be considered a a par with his paintings.  Discourse #7 was first delivered at an awards ceremony at the Royal Academy of Art, of which Reynolds was president, in the momentous year of  1776.

He begins the discourse by telling his artist audience "the industry I principally recommend is not the industry of the hands, but of the mind." How to cultivate the mind?  By making reading a "favorite recreation of leisure hours," and engaging in "conversation with learned and ingenious men." In fact, the great man of letters Samuel Johnson was one of Reynolds's favorite interlocutors.

Ranging as it does across painting, sculpture, philosophy, prose literature, and poetry, the discourse can be read as a promo for the humanities as a source of personal enrichment and enlargement, and for intelligent conversation as a means of obtaining new insights about other people and ourselves.  Our discussion this week was a case in point.
Posted by Tom at 6:23 PM

British philosopher John Locke's "A Letter Concerning Toleration," was written while Locke was living in political exile in Holland during the winter of 1685.  Locke's parents were Puritan, and his father fought with the parliamentary forces in the English Civil War.  John was exiled during the Restoration because of his association with Lord Anthony Ashley Cooper (later First Earl of Shaftesbury), a leading member of the parliamentary faction known as the Whigs.


A question to think about as you read the piece:
How would Locke's views have affected:
(a) Adherents of the Established Church of England.
(b) Adherents of dissenting Protestant sects.
(c) Roman Catholics.
(d) Non-Christians.
(e) Atheists
Posted by Tom at 5:22 PM 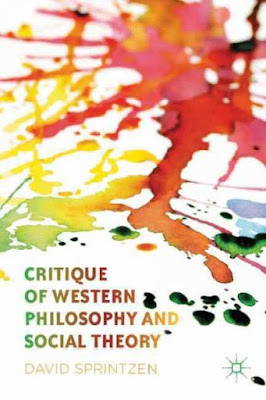 Local philosopher and social activist David Spintzen writes in his excellent book Critique of Western Philosophy and Social Theory, "It is instructive to recall that the Scientific Revolution practically begins with an attack by both Descartes and Bacon on the Aristotelian notion of final causality."

A final cause, or telos (in Greek) is the end result of a natural phenomenon.  To use a classic example, a teleological explanation for an acorn is an oak tree.

Permit me to offer a frame for this month's selection, The New Organon, by English Philosopher Francis Bacon.  The Greek word organon translates as "instrument."  In the works of Aristotle, six books (Categories, On Interpretation, Prior Analytics, Posterior Analytics, Topics, and On Sophistical Refutations) are considered treatises on logic and are referred to as the Organon.

In Bacon's philosophy, the New Organon is intended as a revision of Aristotelianism for the 17th century, which has come to be known popularly as the "Age of Science," that is, when modern science and ideas about science were born.

The Great Conversations 6 reader is available for a $10 materials fee at the first floor Customer Services desk.

Please note there is no meeting in December.

Also known as the "Socratic Method," the Shared Inquiry discussion technique championed by the Great Books Foundation is a nonauthoritarian approach to book discussion that values life experience as a important element of learning. Discussion leaders ask questions and do not give opinions.
Five rules of Shared Inquiry are:
1. Concentrate on the selection.
2. Address the question at hand.
3. Speak up (but one person at a time, please!)
4. Listen carefully.
5. Discuss the author's ideas, not the author's life and times.